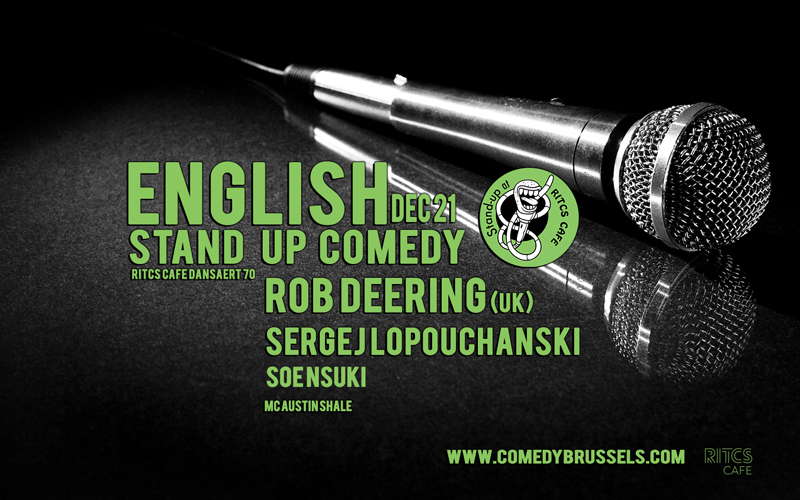 On December 21st you are cordially invited to join our own little Christmas comedy show.
This time however tickets are really limited as we are working on half capacity to ensure your safety.
So join us for another great night of comedy.

Rob performs stand-up comedy with music, using a guitar, a loop pedal and his voice to create impressive rock and pop soundscapes – and do jokes, of course. Along with being one of the most in-demand headliners on the UK circuit, he’s toured nationally and performed solo shows at the Edinburgh Fringe many times since starting out in comedy in the year 2000.

Sergej Lopouchanski
Sergej has been a regular in the Flemish comedy landscape for a few years now. As a first-generation immigrant from the Soviet Union, he combines striking observations about Flemish life with a childish playfulness that his appearance does not suggest. A teddy bear with a mean side, that’s all you need in your humour, isn’t it?”

Soe is a promising young comedian and she is working diligently on her first hour. 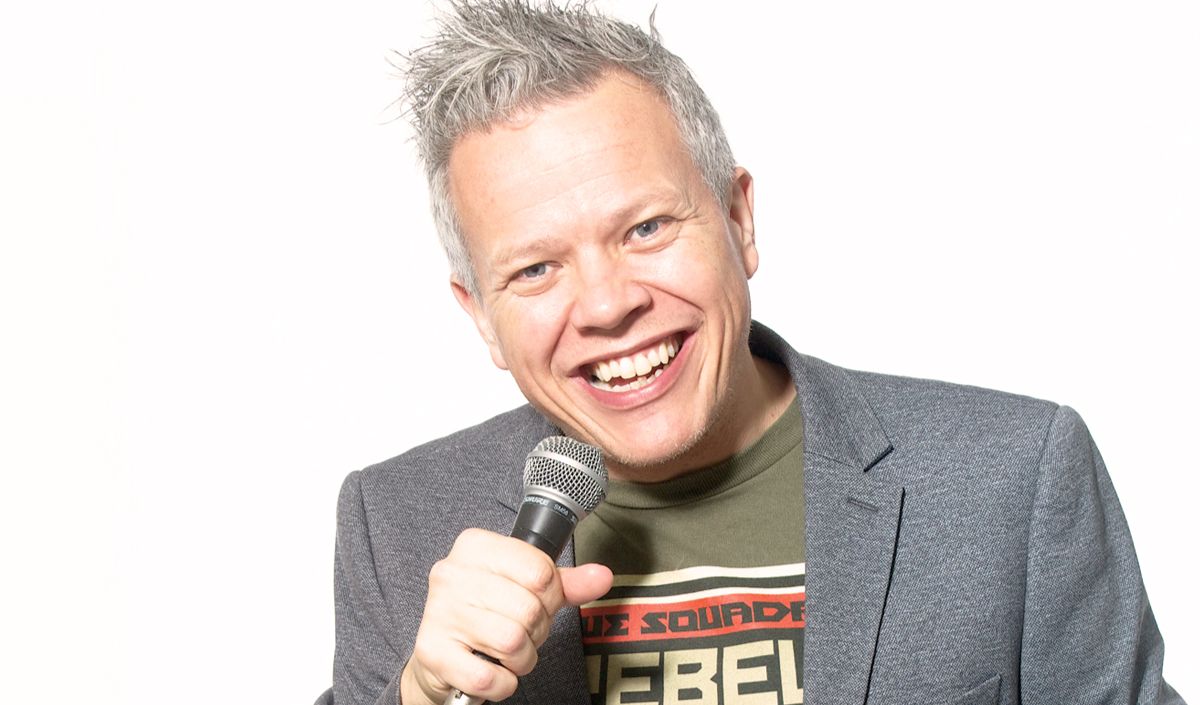