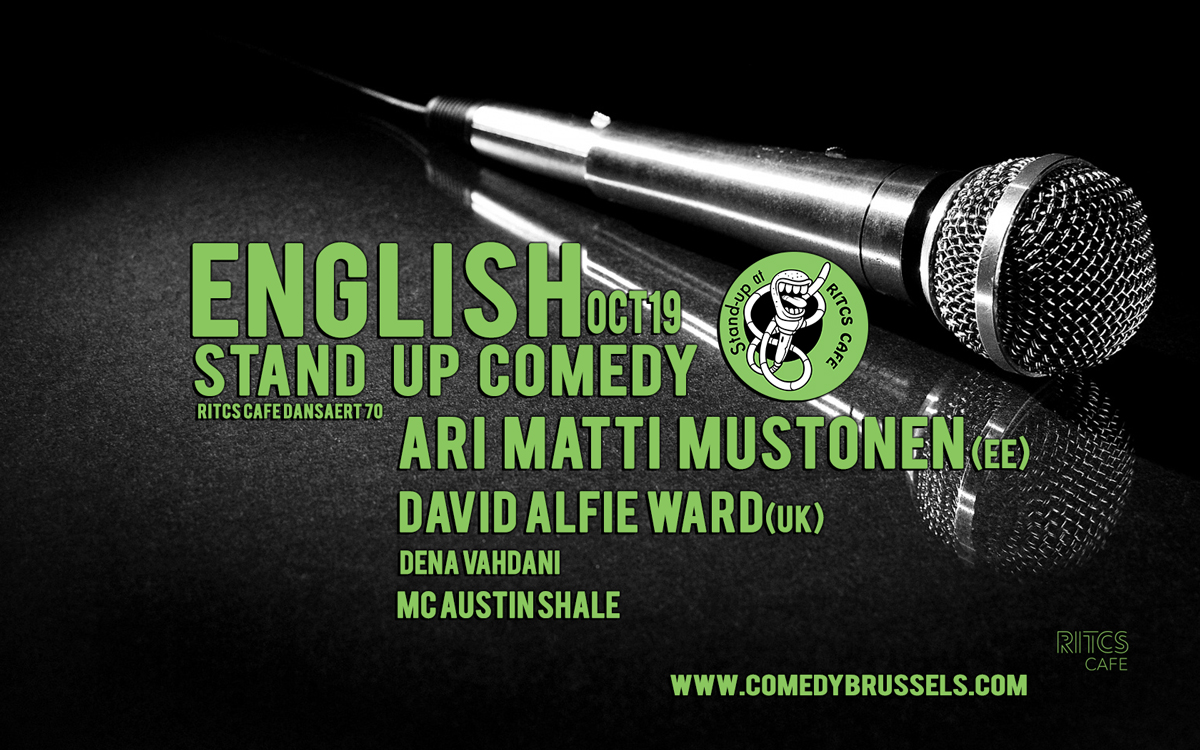 Guess who’s back? We Are!
We’ve been hibernating secretly in the beer storage of RITCS Café, dreaming about all the awesome comedy shows to come in the future. Well that future is now!
On October 19 you are welcome for the first show of what promises to be a very special year of comedy. We have a Great line-up, awesome beers and limited tickets.
Come out for some much-needed laugh therapy!

Ari is huge in Estonia and has enough on stage energy to power a small town and punchlines to match, Ari has been enthralling audiences around the world with stories about life growing up in Eastern Europe. Before the sh*t hit the fan Ari was a successful touring comedian headlining clubs in Melbourne, Sydney, London and Vancouver.

🎤David Alfie Ward
David Alfie Ward is a British comedian born and raised in the east end of London. He started his stand up career in a small bar in his hometown, and has since gone on to play some of the biggest clubs in the U.K, Mainland Europe, USA and Australia.

🎤Dena Vahdani
Is our local hero of the month. Dena is an Iranian-Belgian stand-up comedian from Brussels.